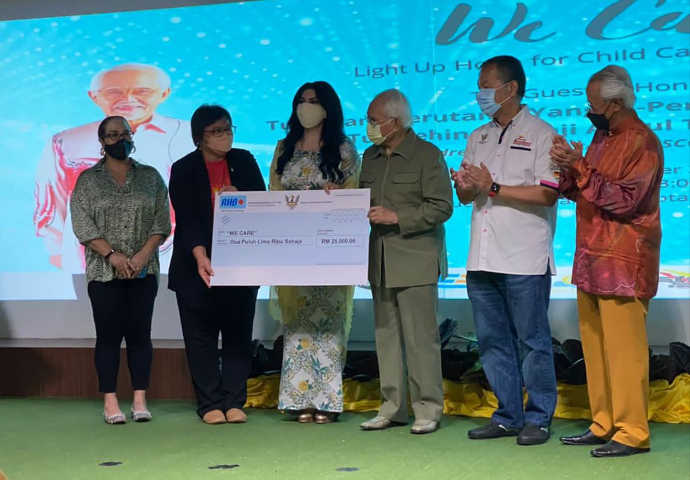 SCCS Honorary Secretary, Ms. Mary Kiu Ai Ling delivered a speech about the importance of these charities, revealing the exorbitant costs of treatment and care that an individual cancer patient had to bear. Participants watched misty eyed as a mini-documentary sent the message home.

Each association sent representatives who shaved their heads on stage in conjunction with the GO BALD event, which is the main fund raiser for SCCS. It was a heart-warming and encouraging display of compassion and solidarity, as other participants showed up to do the same.

Also happening at the event was a Car Show, a FIFA charity e-sports tournament, and a host of virtual games throughout the venue. Excitement was high as it was the first physical charity event hosted by SCCS since the pandemic hit. The organising Chairperson, Yang Berbahagia Dato Ahmad Bin Dato Sri Ibrahim said in his speech that he hopes this would encourage youths to be compassionate and giving. 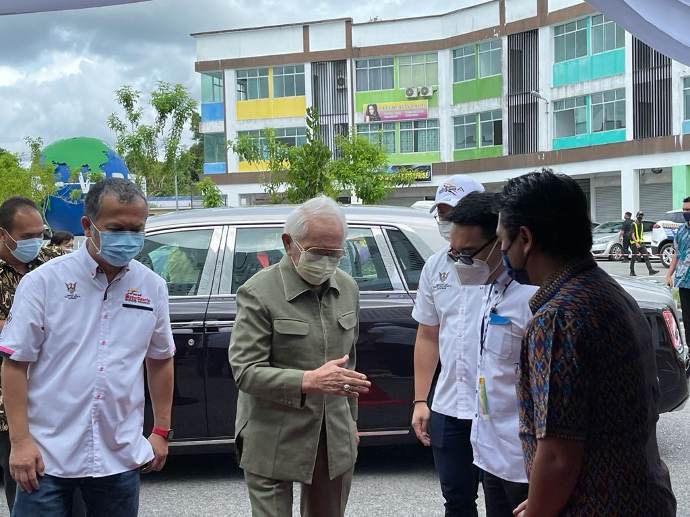 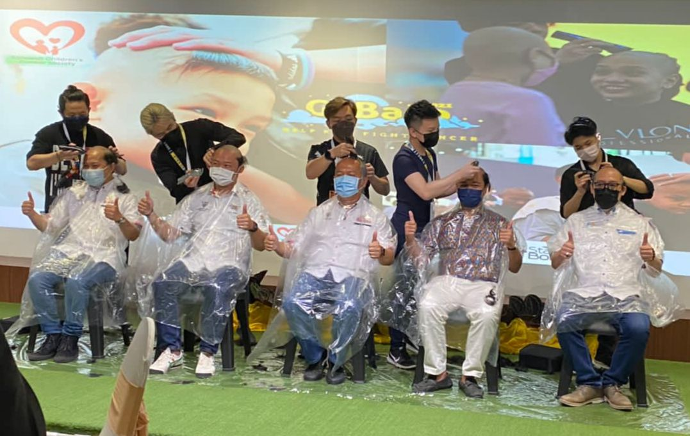