Literally translated, Datun Julud means ‘long dance’ in the Kenyah language. Other ethnicities also possess their own names of the dance; such as ‘Arang Kadang’ in Kelabit and ‘Hivan Joh’ for the Kayan.

The Datun Julud is performed solely by women during special occasions and ceremonies. For music, the dance is accompanied by the sape, a traditional instrument belonging to the boat lute family. In the past, it was also performed to welcome headhunters home.

Legends says that Datun Julud was created by a Kenyah king named Nyik Selung. He was known as a prolific warrior who was disappointed that he lacked a grandchild. Eventually, one of his daughter-in-laws was able to give birth to his next heir, and Nyik Selung created the dance to convey his great joy and gratitude.

The dance usually begins with a woman dancing solo. She is barefoot, moving gracefully and slowly. Her body is kept upright as she rotates and sways during the dance, partly due to the heavy brass earrings that are traditionally worn by Kenyah women.

As the dance is inspired by Sarawak’s national bird, the hornbill, the movements in Datun Julud mimics a hornbill in flight. You can especially see this in the way a dancer’s arms wave up and down slowly throughout the dance. Dancers are usually clad in colourful traditional clothes, including a headdress and colourful beads. Fans made from hornbill feathers are held in each hand. As the hornbill is an endangered and protected species, this practice has been outlawed; instead, they now use fake feathers.

In modern times, the dance typically has four women dancing on stage; though there is actually no set rules stating the limit of dancers in Datun Julud. In the past, all the women would take turns as they celebrated. It is now a dance performed for entertainment during events and public shows. In the longhouse, it is performed to welcome visitors and tourists.

Interested? You can actually learn the Datun Julud from the comfort of your own home! Here’s a video tutorial by Sarawakian celebrity Alena Murang on her Youtube channel: https://www.youtube.com/watch?v=D4wJpO0Ud-U

3. Allure, mysticism, folklore in the dances of Sarawak. BorneoTalk. (2020, July 24). Retrieved from https://www.borneotalk.com/allure-mysticism-folklore-in-the-dances-of-sarawak/ 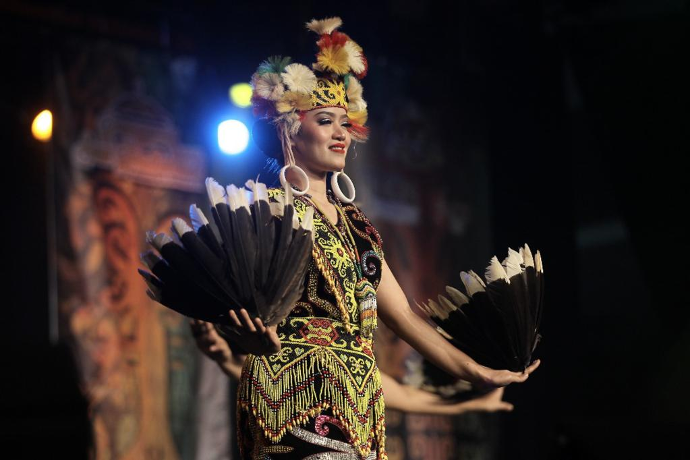 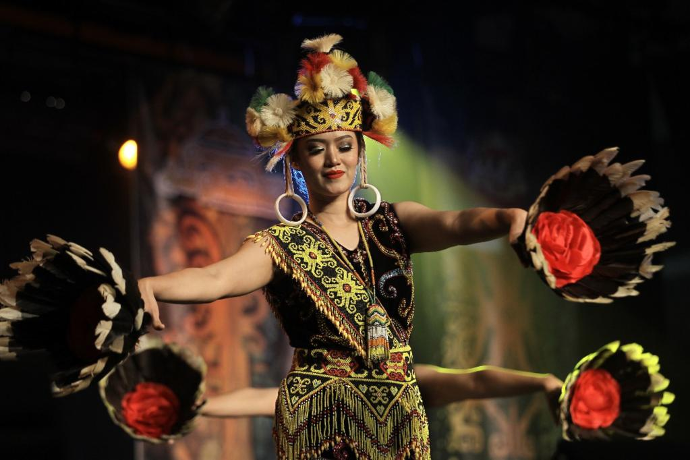 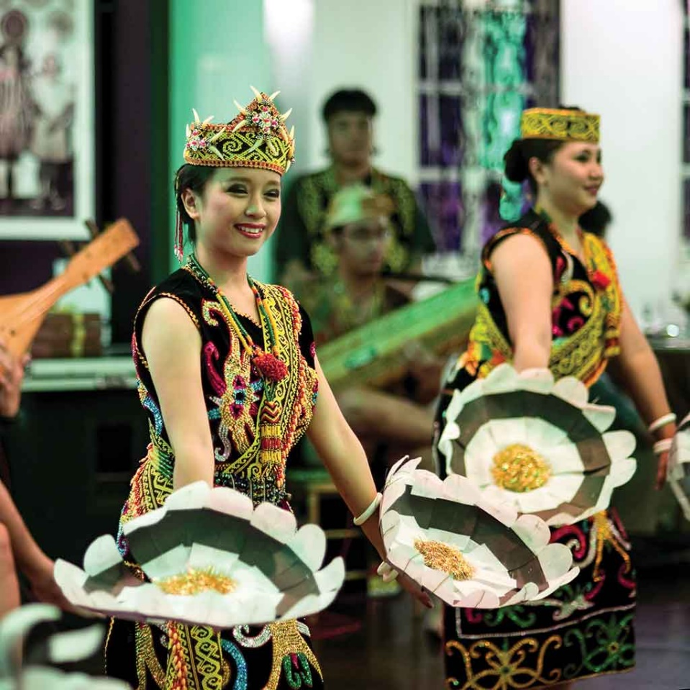