Jungle artwork that comes from, and goes back, to Nature

The one wish that local sculptural artist M Sahzy has yet to realise is to ‘dedicate’ his jungle artwork to Mount Santubong – a tribute if you will. The 25-year-old Kuchingite believes that this would truly embody the essence of his artistry, which is raising awareness of the importance of appreciating everything in nature, including its by-products.

Sahzy, whose real name is Mohd Sahrul Haziq Sarbini, is perhaps the only artist in Sarawak who creates sculptural artworks out of the ‘discarded organic excess’ – ranging from fallen branches and twigs, jungle vines and canes, down to the plant debris left by the city’s landscaping works.

His work ‘The Jungle Portals’ was previewed at HAUS KCH Creative Hub in mid-April 2022, and proceeded to be displayed for the ‘temu1’ exhibition featuring the works of artHAUS residency artists. It was a great start for Sahzy as later on, he was selected by Yayasan Perpaduan Sarawak (Sarawak Unity Foundation) to be featured in the Community Market program, held in the Old Courthouse Kuching in late May 2022. Even more encouraging was that he received an RM6, 000 grant from the foundation for his ‘Jungle Portals’ proposal.

One good thing led to another and in this case, Sahzy – with the support from HAUS KCH – got to be involved as an exhibitor at the Rainforest World Music Festival held in Sarawak Cultural Village in June 2022, where again he showcased his ‘Jungle Portals’ that gained much attention from hundreds of festival-goers.

It has been a wonderful year for this young artist and the prospects seem very encouraging, but he still aspires to ‘dedicate’ his artwork to Mount Santubong. “Actually, Mount Santubong is just one place. I would want to make our jungle areas my ‘studio amidst nature’. My sculptural arts are never meant to be inside stuffy storage; they are meant to return to the place where they come from. “My intention is to place my sculptures at a secluded spot in the jungle, where the occasional hikers may find them, take their selfies and wefies there, and post the photos on social media. “I believe this is the most sustainable and eco-friendly way to promote my artwork,” says Sahzy. 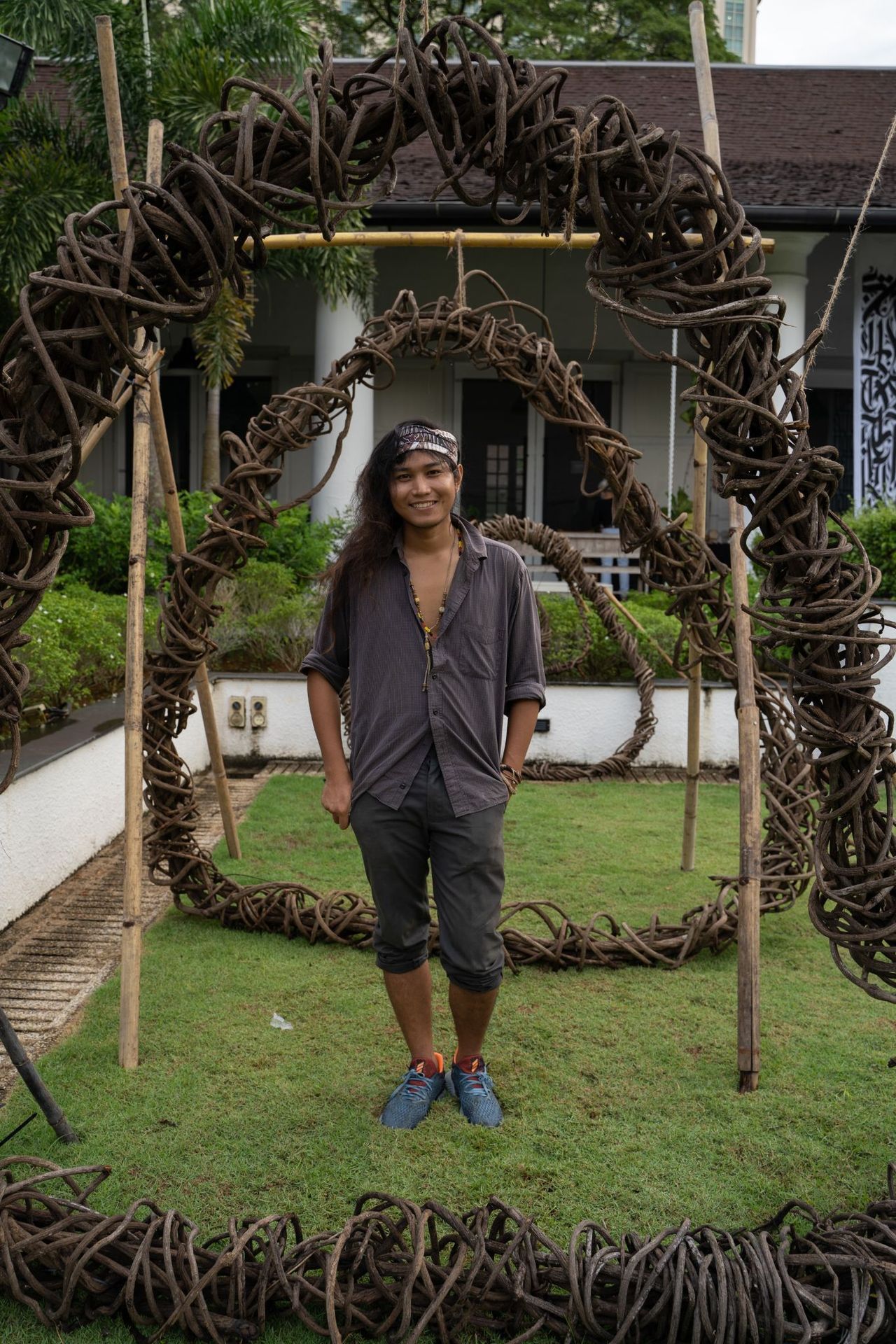 Sahzy and his ‘Jungle Portals’ on display during the Community Market programme at Old Courthouse Kuching. 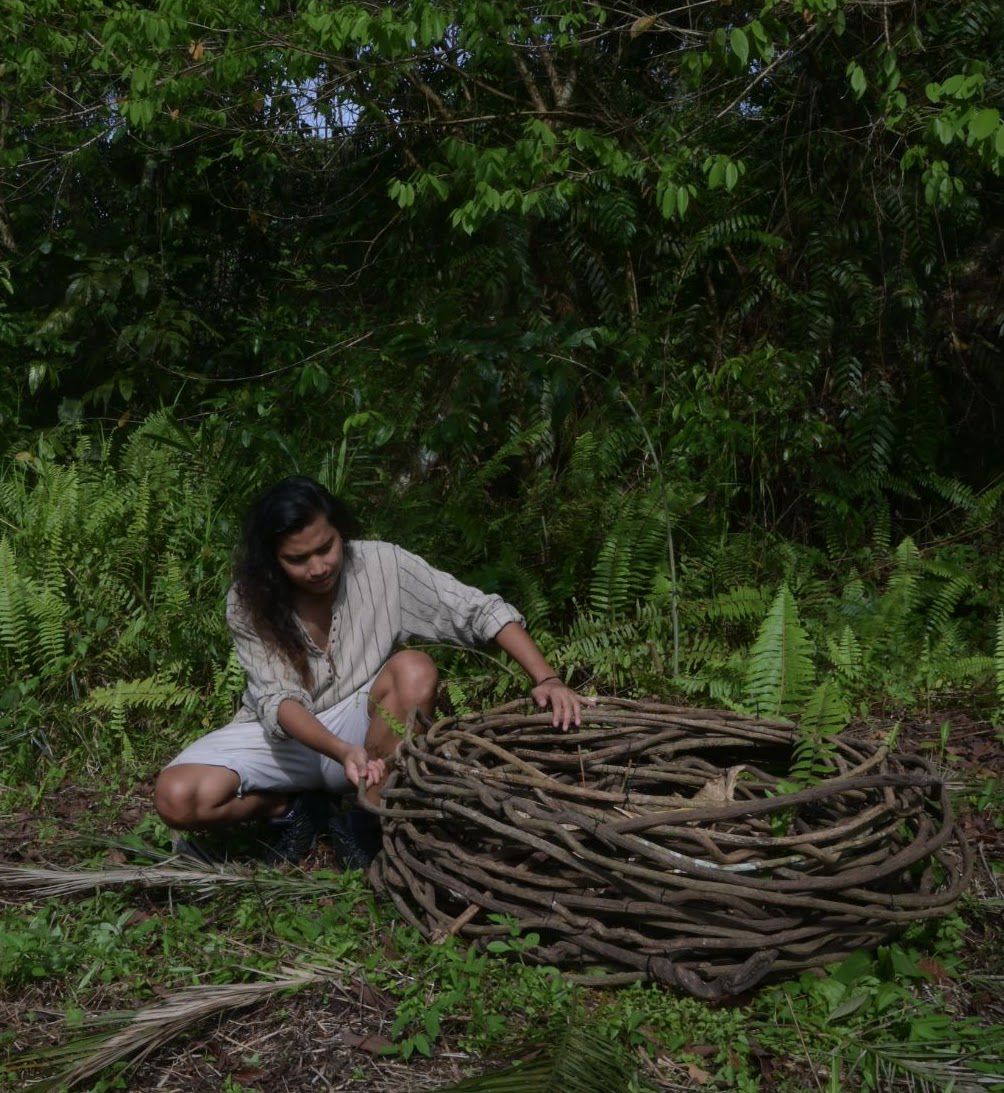 Sahzy shows a component of his ‘Jungle Portals’ showcase, ‘The Bird’s Nest’. 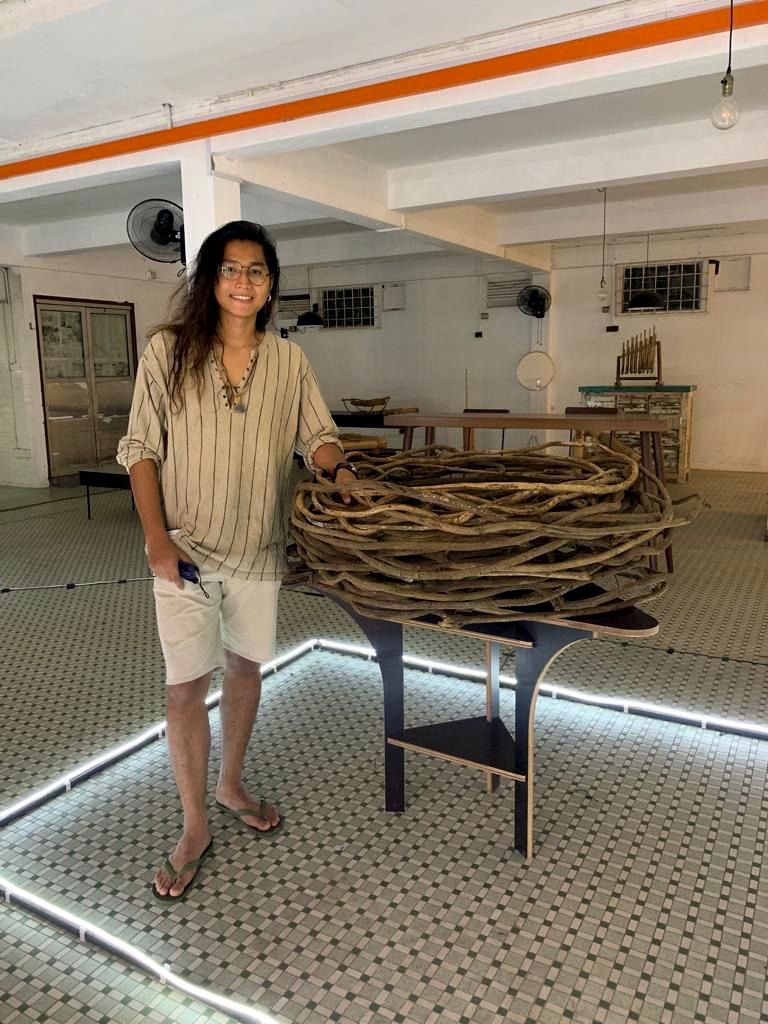 Sahzy is perhaps the only artist in Sarawak who creates sculptural artworks out the ‘discarded organic excess. 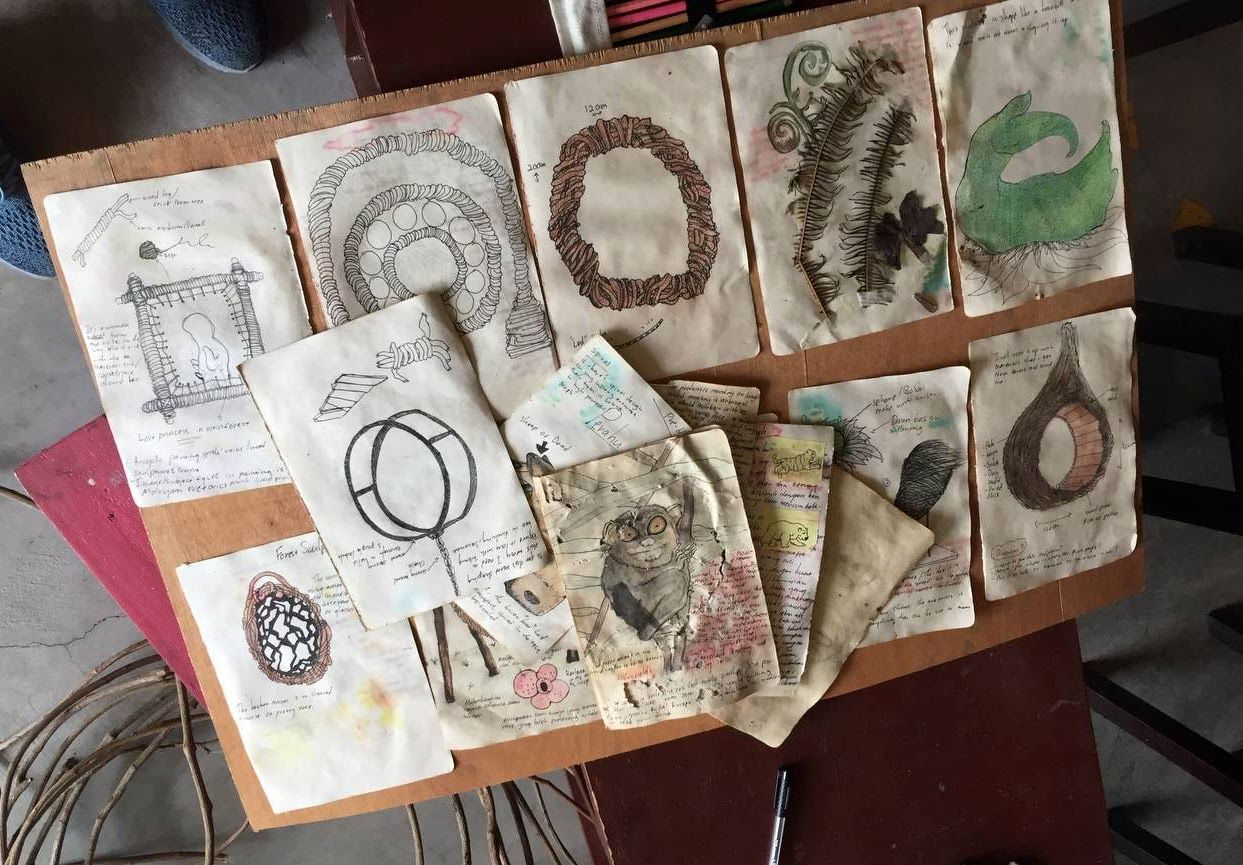 Photo shows the initial sketches done by Sahzy prior to sculpting his artwork. 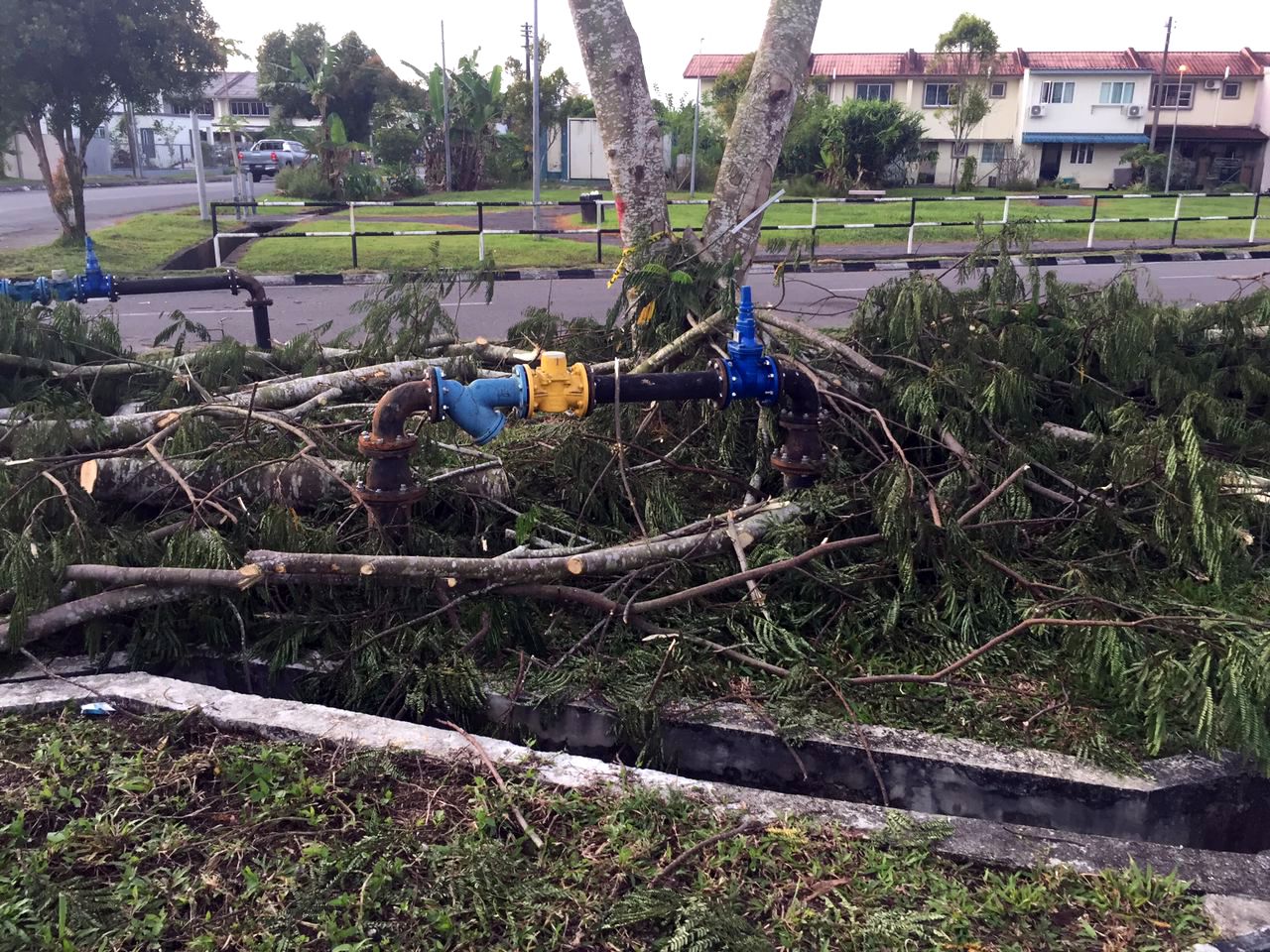 Materials used by Sahzy for his art projects range from fallen branches and twigs, jungle vines and canes, down to the plant debris left by the city’s landscaping works. 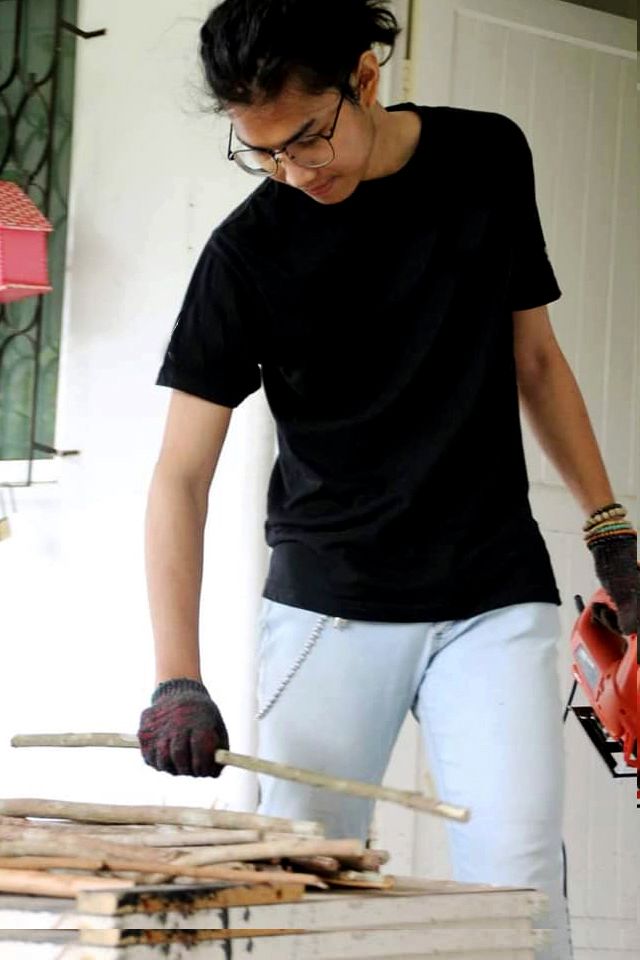 The young sculptural artist at work. 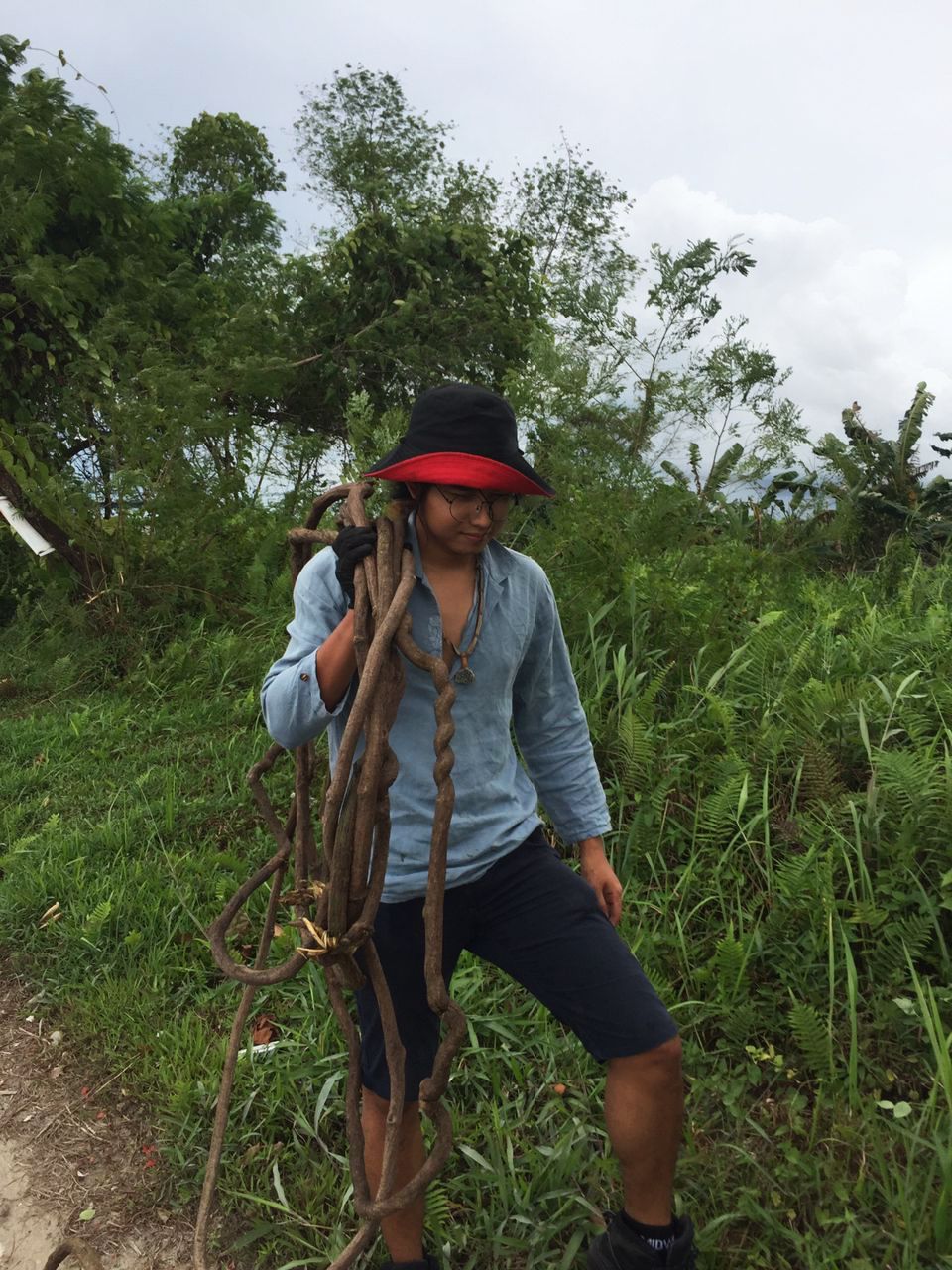 Sahzy gathers some vines from a jungle near the Batu Kawa area.
in World of Arts
MOHAMAD GHAZ BIN GHAZALI 8 September, 2022