The Oreng is delicate and requires a lot of skills and practice to play it. The pitch of the Oreng can be adjusted depending on the thickness of the instrument. According to the beliefs of the Penan tribe, Oreng can only be played by women and if the instrument is played by men, they can get lost in the jungle. 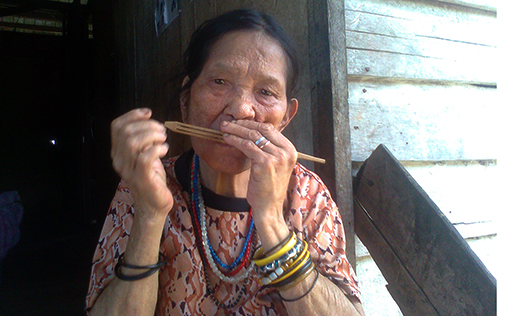