Beads have always been an integral part of culture for the natives of Sarawak. But their value was not just the aesthetics. For those of Lun Bawang ethnicity, these beads also held monetary value.

The beads are made by pounding and rolling clay into the desired shape before being fired in a kiln. Each bead is painstakingly painted by hand, adding to the value of its’ craftsmanship.

Although the beads were traded for goods, the Lun Bawang rank the purpose of the beads as follows. First and foremost, the beads serve a practical purpose, followed by being status markers, objects of value, and finally non-religious personal ornaments.

One of the most obvious beaded accessories for a Lun Bawang woman would be their cap, which is called the ‘pata’. The entire cap is made out of yellow beads which are strung on any kind of creeper, like pineapple fibre. Each cap has six to eight strands of beads with a hole in the top of the cap, which allows one to tuck her hair in.

When beads are used to pay for goods, it is difficult to define what their exact value would be in today’s currency. One Lun Bawang woman however, easily stated that one bead would have cost three buffaloes. It is not surprising then, that the beads were also given as dowry and inherited from mother to daughter.

Interestingly, although it is common for a mother to bequeath her beads to her daughters, she is not obliged to. The death of a woman who had no surviving heir also did not warrant the beads to be shared amongst her kin. Sometimes the beads would be buried with the owner, although this is not common practice and is often frowned upon by the community.

In-Laws may also give their beads to their daughter-in-law, and she is free to do with them as she pleased. Sometimes these beads would be used to buy provisions for the family, though it would reflect poorly on the husband’s ability to provide.

The beads started to decline when World War 2 hit Sarawak. Many were sold off as necessities became scarce, and the destruction of land and property meant that many antique beads were lost to time. There was a resurgence in the 1970s when collectors both foreign and local took an interest, causing the beads to rise in value again.

Most families keep what beads they’ve managed to protect as family heirlooms. The beads used in public appearances with their traditional clothes are made of plastic or other materials instead to preserve the original beads. You can currently find some beads in both physical and online stores, as there are efforts to revitalise and elevate the craft to a modern audience. 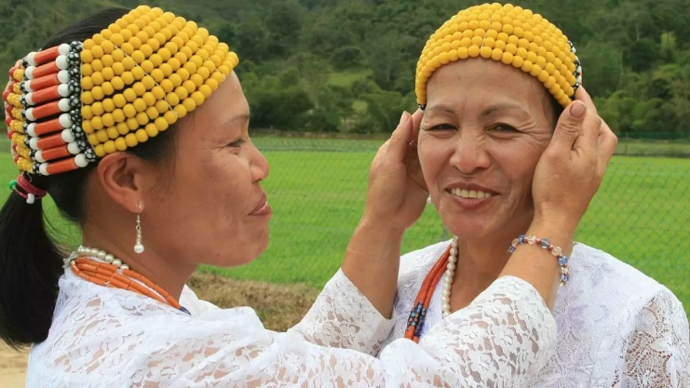 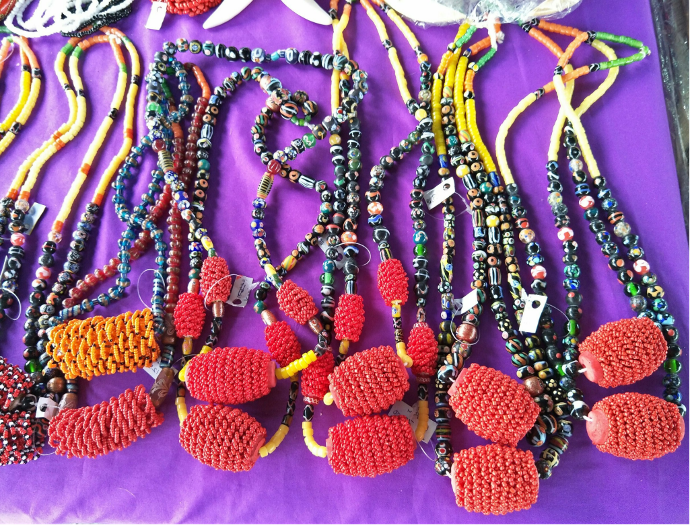 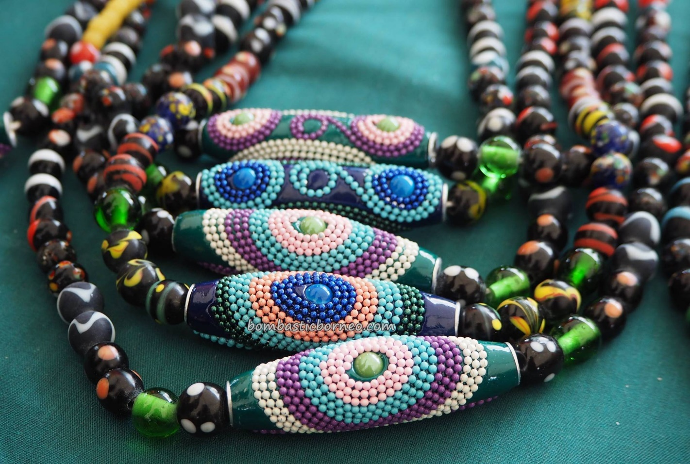