The Pratuokng is a type of bamboo zither which have been played for hundreds of years. Bamboo is abundant in the forests of Sarawak, hence a lot of traditional instruments are made with this material. The Pratuokng is a Bidayuh traditional music instrument and has been passed down through the generations and played by striking, plucking and drumming.

The instrument has six strings and is usually played by Bidayuhs in the Padawan region. The instrument is built by utilizing a giant bamboo known as patukng or betung, with strings carved out and raised from the surface of the bamboo itself. There is also a tawak or percussive drum tongue for rhythm patterns on the side body.

There was also a Bidayuh traditional music band called Madeeh led by Arthur Borman from the upper Padawan region (Kampung Annah Rais). The band name Madeeh means cousins, relatives, brotherhood and sisterhood as the members are from the same longhouses and are related. The Pratuokng was one of the instruments played in the band together with the sritakng xylophone and the gaduok hand-drum. The band was also able to bring natural sounds and rhythm to the global music community at the 20th World Music Expo (Womex) 2014 in Spain. Madeeh received positive responses and was able to showcase their Sarawak culture and heritage on a global stage.

Arthur himself has dedicated his life to Pratuokng, researching the process of making the instrument and teaching students to play the Pratuokng. He is regarded as a storyteller, musician, teacher, and master of the Pratuokng.

Feel free to check out the Pratuokng to enjoy some beautiful and hypnotic music! 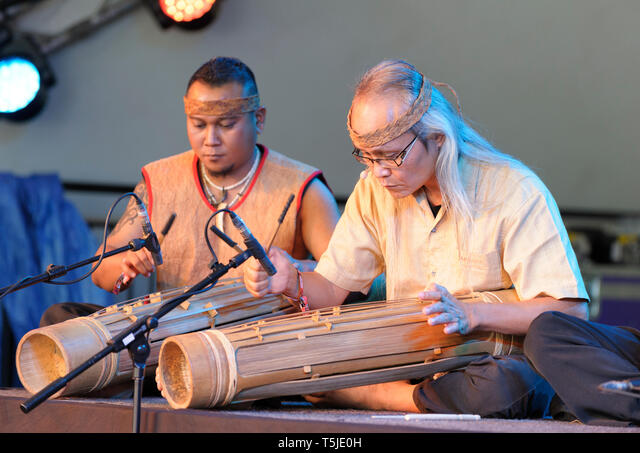