Have you ever seen someone dance so gracefully, that it’s as if they’re walking on air? The Rejang Beuh takes this to another level as the dancers mimic the movements of a legendary mid-air battle. The Bidayuh ethnicity in Sarawak have two names for this dance, it is called the Belangi, and the Rejang Beuh.  Rejang Beuh in English literally translates to ‘eagle dance’. It is straight to the point as the dance is exactly what it sounds like.

The origin of Rejang Beuh lies in the legend of a Bidayuh hero named Madu Sawan. It is said that the King of the Pleiadas summoned Madu Sawan to do battle with a legendary bird called the Tingkilang Ramang, which translates to a sort of Eagle Spirit. The King declared that whoever won the battle would have won the right to marry his daughter, Dara Buda.

But Madu Sawan and Tingkilang Ramang were not just accomplished fighters, they were also skilled dancers. When the battle began, they danced around each other, moving gracefully with varying motions and styles. They were accompanied by the slow and steady rhythm of the drums and gongs. As they drew closer to each other, they would swoop their arms down quickly as if diving down to attack each other in a fight. Madu Sawan emerged victorious, and he was allowed to marry Dara Buda.

Although you may witness both males and females dancing the Rejang Beuh, the focal point of the dance really lies in the movement of the males. They would hold their arms out with their hands outstretched as they dance gracefully around the stage.

Their arms would flap up and down just like how an eagle would flap its wings. The quick diving action in Madu Sawan’s fight is also present as the male dancers face each other and step forwards quickly whilst swooping their arms downwards.

During the dance, the male dancers would wear their traditional clothing with small bells worn around their ankles like bangles. They also wear a necklace made out of wild boar tusks as they dance to the slow, repetitive beat of the gongs and drums.

The Bidayuh believe that there are good spirits and bad spirits. Bad spirits would bring misfortune if they were to be disturbed, but one could communicate with spirits through dance. Dance to them was not just for entertainment, but also a form of ritual. Thus, they believed that the movements in dance could attract good spirits as well.

Nowadays, the Rejang Beuh is usually performed during Gawai or the harvest festival at the longhouse. Its purpose is to entertain their guests who have come to visit them. It is also not uncommon to find this dance performed at events and cultural arts performances on stage or on television.

Eager to have a look for yourself?

You can experience it at the Sarawak Cultural Village, which is Sarawak’s only living museum. They host cultural performances twice a day at 11.30 a.m. and 4.oo p.m. 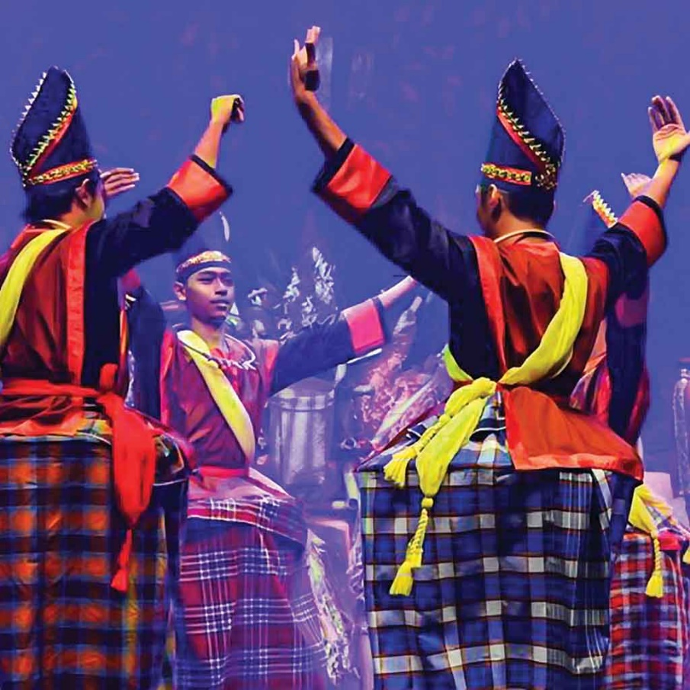 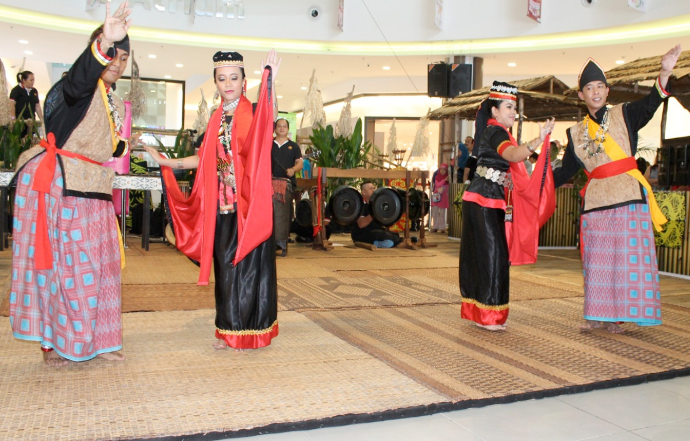 (Male and Female Dancers in Rejang Beuh-Image taken from dayakculturalfoundation.org.my)