If you’ve heard about the Sape, then you might have an idea of what the Tapi is. It is a Lun Bawang instrument belonging to the boat lute family of instruments, often compared to the Sape.

Although the Tapi is made out of a single plank of wood, there are actually 3 types that are typically used in its’ construction. In the Lun Bawang language, they are called ‘angeh, ‘ud’ and ‘tareh’. Mr. Rining Peter Paris, a leading force in the Tapi revival, says that these woods are ideal as they are soft, light and easy to craft.

He is a Tapi player and a luthier who researched the history of the Tapi by visiting elders who still remember the lost instrument. In the olden days, when resting at the longhouse, the Tapi would be one of the many instruments played around the Tetel, which is a type of campfire in the kitchen. The elders cited using nylon fishing line and even still line from old bicycle brake cables. However, Mr. Rining favours using steel fishing line or carbon seal fishing line instead.

But what of its music? Tapi music is more upbeat, with two strings that allows you to hear the melody and rhythm simultaneously. The tone of the Tapi is also a lower pitch than the Sape, and it is usually accompanied by vocals. Typically, the main melody line would be played along to repetitive lyrics. Mr. Rining says that each song is easily identifiable and encourages listeners to sing along.

The tapi was not used in big events, rather it was for personal entertainment at home. The tendency for men to play it home alone even led to the creation of a song called ‘Dat udeng dat tudo ui sebuleng’, which means “I’m so sad, I am alone.” It can be found at casual social gatherings in the long house, especially to play lullabies for children. Mr. Rining fondly remembers his grandfather doing this when he was a child.

According to Mr. Rining, there isn’t a specific story about how the Tapi was created. He hypothesises that it was inspired by other boat lute instruments in the Orang Ulu community. People see the Tapi as ‘another’ boat lute, but Mr. Rining believes in the 2R Tapi, which means to reintroduce and revive Tapi through efforts such as creating new traditional songs and even contemporary tunes.

Mr. Rining is saddened by the realisation that many of the elders he learned from about the Tapi have passed away. He is currently giving online lessons on Tapi for the people who have bought the instrument from him. So far, he is the only one who can play the Tapi live.

Intrigued? You can support the Tapi revival by subscribing to Rining Peter Paris on Youtube here. https://www.youtube.com/channel/UCxgvHw5GvAdYMomMqiMk2mQ

*All pictures are courtesy of Mr. Rining Peter Paris. 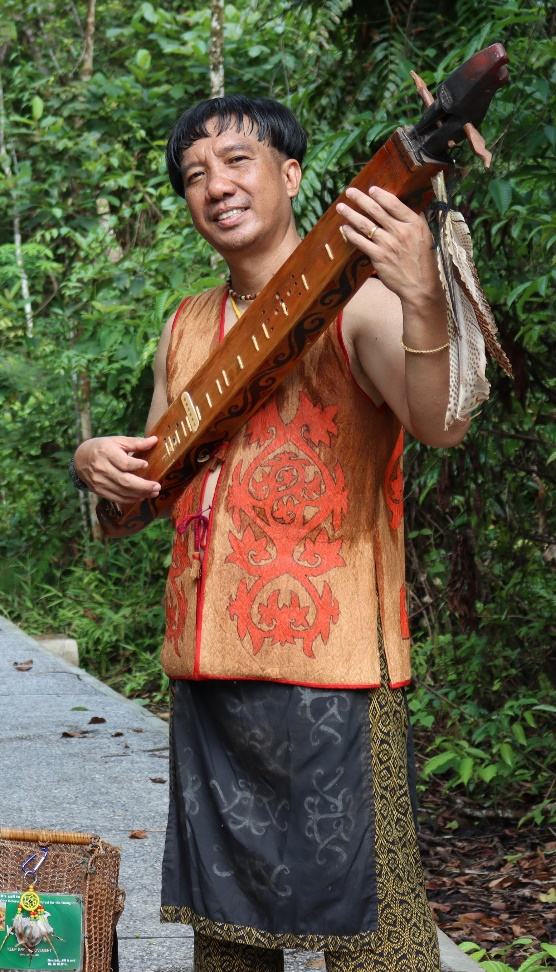 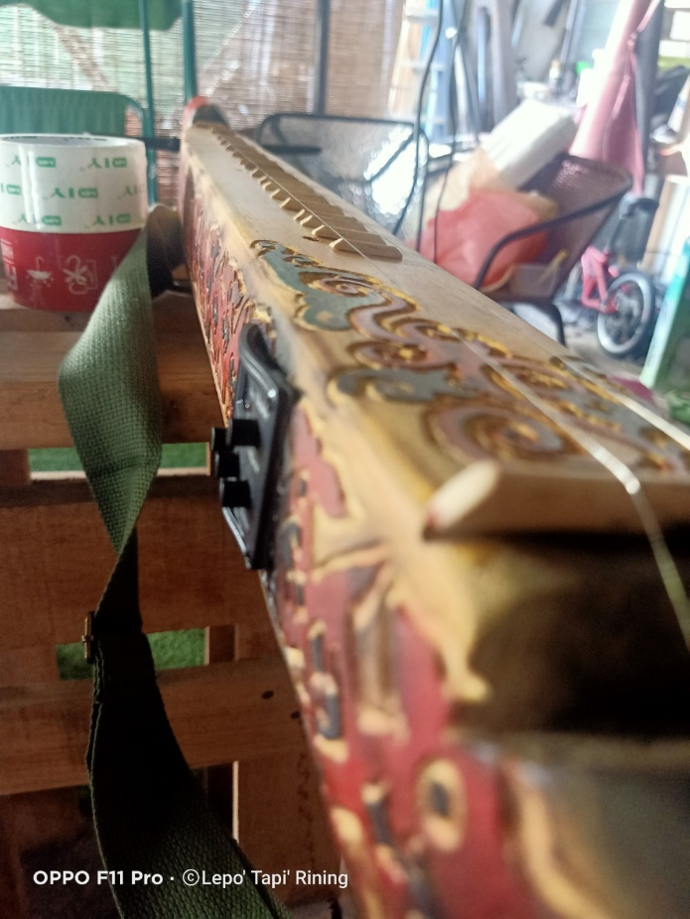 (A Tapi being strung) 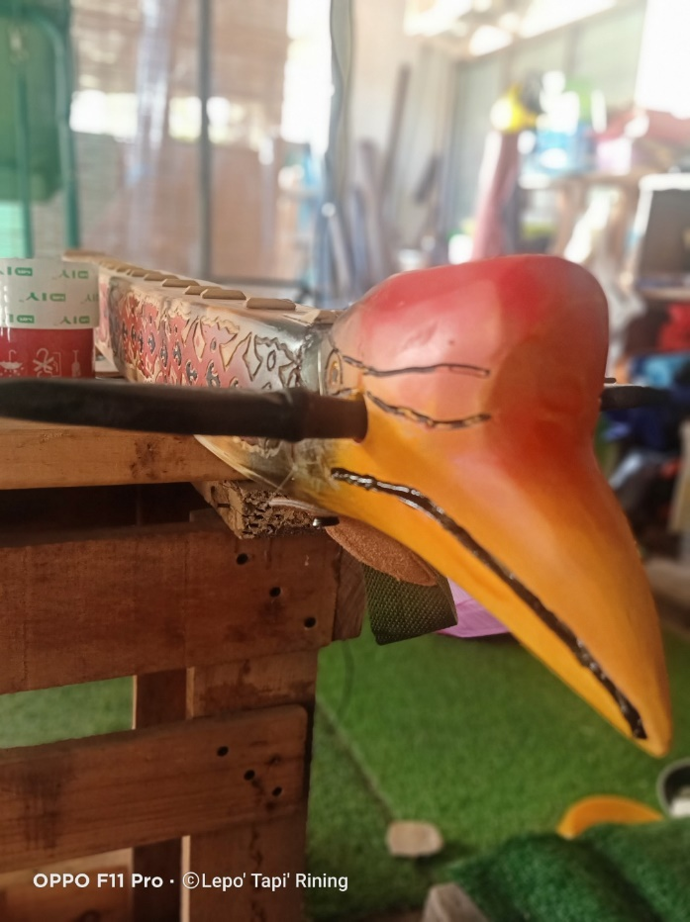 (The headstock of the Tapi resembles a Rhinoceros Hornbill)

(Mr. Rining Peter Paris has a Workshop full of Tapi) 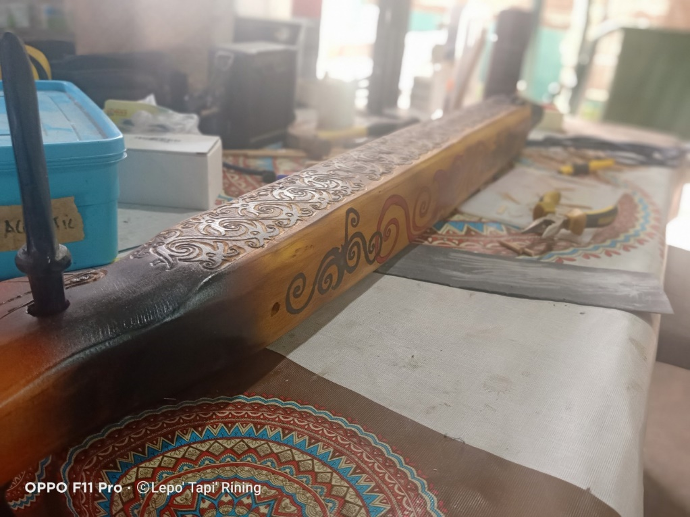 (The Intricate Designs Loving Carved into the Tapi)